Thanks for tackling the new routes last week and looking at the map ahead of time – we had some good feedback.    We have another new long run route this week.  Continuing on the window shopping theme, we’re taking the canal through Farringdon which has a stretch along Oxford Street.  I know that street running and dodging the pedestrians can be a drag sometimes, but it is important practice for race day when you’ll be dodging other runners.

We heard from the race director that the German Wine Road half marathon registration will likely fill up in December.  (There are so many benefits of running in a smaller race, but one of the drawbacks is that they often book early.)  In addition, the bus company and restaurants are requiring us to confirm numbers.  SO…if you’ve been on the fence, now’s the time to decide!  We need you to register for the race and email Patricia Shelton at pjshelton2@gmail.com before Friday Nov. 29.  This will give us a chance to tally our final numbers and costs before we collect money for the non-hotel part of the trip during the first week in December.  All the trip details are on the website www.womenrunningtheworld.com.  The good news is that by committing early, it will inspire you to train properly through the winter.  We hope you’ll join us!

Nutrition is a hot topic these days and it seems every day there is a new expert with a new view.  Carbs are good one day and bad the next.  How do you sort it all out?  Over the next few months, we’re going to tap into the experience and knowledge of our group and offer some guidance on general nutrition, pre and post run food options, hydration, mid run/race fuel (gels) and supplements.

A few runners have said they are feeling flat after an 1 -1.5 hour run and wondering if they should take a gel.  The rule of thumb is mid-run fuel intake should generally begin around 80-90 minutes into exercise unless exercise is high intensity.  At that point your tank may be empty and you’ll need to top up to keep going.  If you’re flat after 1 hour, a gel is probably not the answer.  Other things to consider are wearing a water belt so you can keep hydrated during the run, eating a light breakfast (too much food in the morning can divert energy to digestion), and eating a good post-run snack that has about 50g of carbohydrates and 10g of protein such as a small latte and a yogurt.  You could also try a sports drink instead of water during the run.  For mid-race fuel we tend to prefer gels because you won’t know the sports drink concentration that is offered during a race.  But if you just need a lift around the 1 – 1.5 hour mark during a regular training run that might help.  (When we do our long pre-race training runs you’ll want to switch back to water and a gel so you can mirror what you would actually do in the race.)   More on all these topics in the upcoming weeks!

After some very scientific research, the pub crawl will now take place in Primrose Hill.  Stay tuned for a email in the next few days with all the details.

One of our new runners, Jillian Connell, wanted to pass along that her friend is opening a new Barre studio in Mayfair.  Classes are very popular and effective for strengthening legs and core.  Check out the website www.barrecore.co.uk.

Head out the canal to “The Wall” and exit the canal.  Turn right at the top of the exit onto Muriel/Rodney Street, which will turn into Penton Rise, then King’s Cross and, eventually Farringdon Street.  When you reach Holborn Viaduct (about mile 5) turn right.  This will turn into Oxford Street, which you will take all the way back to Baker Street, and make a right.  Run up Baker/Park and back to Starbucks. If you want to shorten this route to six miles, you can hop on the tube at either Tottenham Court Road or Oxford Circus stations. 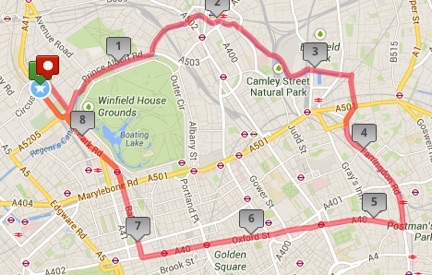 If you are new to the route, we leave Barclays heading west to Lisson Grove/Grove End, then wind our way down to the canal.  We follow the canal for a couple of miles then head south along Ladbroke Grove until turning on Elgin Crescent then zigzag over to Westbourne Grove.  We then run east to join the canal near Paddington and continue on to St. John’s Wood. If you are looking for something shorter, you can make this route an out and back on the canal and just turn around at your desired halfway point. 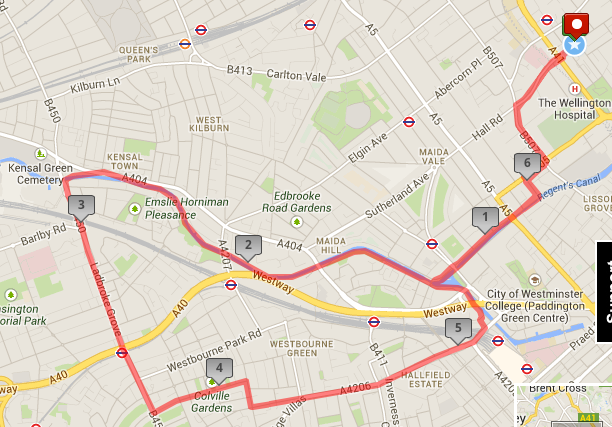 It’s Friday again, so everyone up Fitzjohn’s.  You can pick your distance and whatever you choose, there will certainly be someone else interested in running that distance.  All of these routes are on the website.

In addition, every week there are a group of women who prefer to do a flat run.  We can help make sure that you find each other.

4 miles:  A great way to ease into running the hill.   Run up to the Hampstead tube station and back.

Click here for maps of all of the Heath routes.

Join us for the half-marathon in Germany – don’t forget to register ASAP! 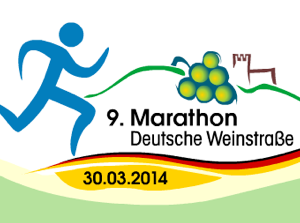